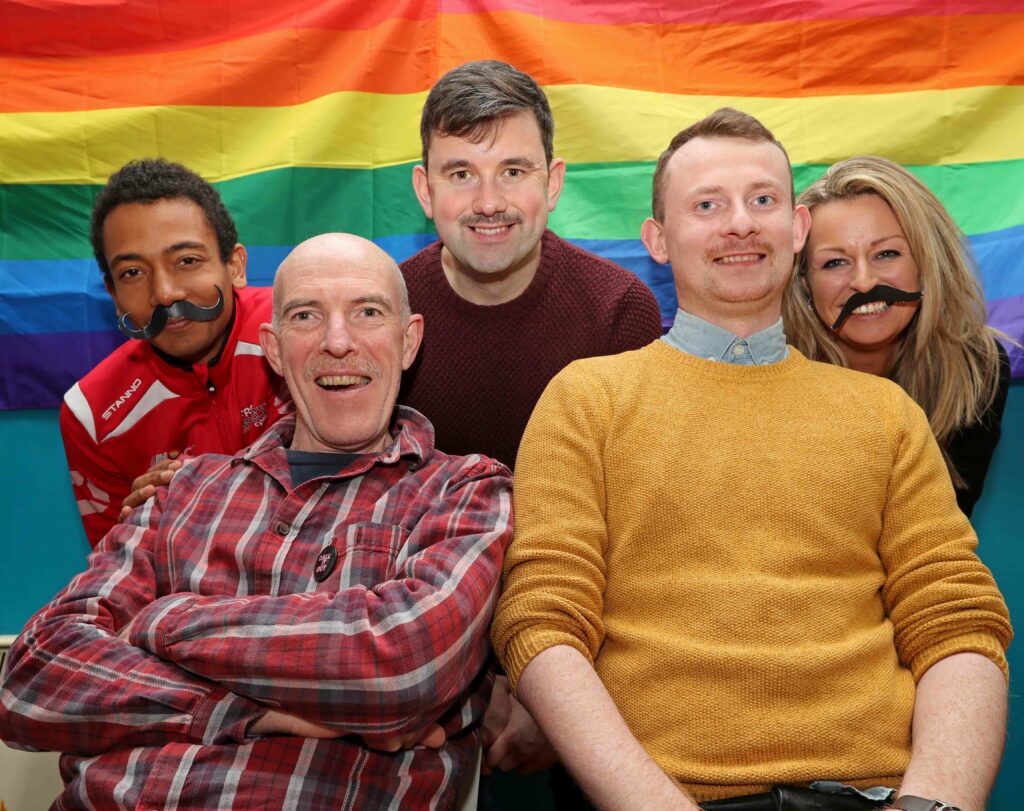 A team of over 20 people from the Gay Project in Cork are running miles and growing moustaches to raise funds for charity.

Movember is a global charity that uses donations to fund projects that work to prevent and fight prostate and testicular cancer, mental health problems, and suicide during the month of November. The Gay Project Coordinator, Padraig Rice, is taking part in the initiative this year, with 20 others from the Gay Project. Already the team have run 140km between them and raised €1567.

Padraig said, “I first took part in 2010 when i was the Welfare Officer for UCC Students Union. Since then i have taken part a number of times. This year I’m part of the ‘OUT’ Movember Team made up of a group of gay and bi sexual men from Cork. Globally, men die on average 6 years before women. Many of the reasons for this are preventable. Movember gives us a chance to talk about these issues like suicide prevention, testicular cancer, and better physical health. It’s also good fun- particularly when you take part in a team.’

”I’ve signed up to run 60km over the month as a way of remembering the 60 men who die by suicide every hour. I’m also growing a moustache- which I’m using to start a conversation with the men in my life. So far i have chatted to a few guys about how to check for testicular cancer as well as the things we can do to protect our mental health. At the end of the month, I will be helping the staff at the Gay Project to organise a ceromonial shaving of the moustaches.”

Padraig said the important thing is to raise awareness. “I dont think we give enough attention to mens health issues, in particular mens mental health.  Around the world, a man dies by suicide every minute. In Ireland, 75% of suicides are men. We know from research by Trinity College Dublin that young gay and bi men are particularly at risk.’