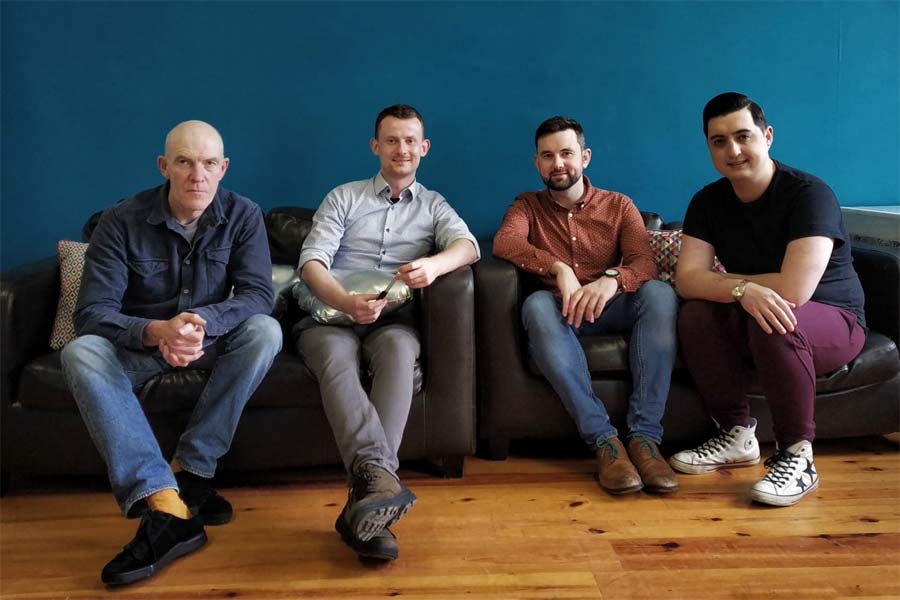 A Year of Transformation at the Gay Project

This has been a hectic journey of change that has made the Gay Project more vibrant, more visible and more relevant. The purpose of this article is to guide you through some of that change and explain the reasons for it.

The most notable change in the last year is the explosion of new community groups and activities. From new youth supports to a space dedicated to over 55s and from cultural groups to sports – there is now something for everyone.

These are on top of the pre-existing:

These new groups and activities have come about as the result of suggestions from community members or success of smaller initiatives that transformed into something bigger. Full details of each group and how to get involved can be found in the Summer Well GBT Programme or on our website gayproject.ie.

On top of all of the new groups, we also ran two successful courses. The first a personal development course for men facilitated by Robert Fourie, the second art therapy led by Graham Redmond. Robert and Graham are both qualified and experienced practitioners. Both expressed a keen interest in working closely with this community in particular and both felt that they wanted to give back to the community using their professional skills. These courses offered men an opportunity to explore issues like self-care, self-confidence, and self-expression. Spanning over two months, each of the courses gave people an opportunity to make new friends or reconnect to the community.

We have also hosted a range of one-off events. These ranged from the all sparkling, all-dancing, all-singing, Drag Extravaganza that saw 350 people visit the Gay Project on Culture Night to Cork’s first-ever LGBT History Festival – Outing the Past, in the heart of City Hall, and a very special visit by the Laurate for Irish Fiction Sebastian Barry. It also included some smaller events on the Make-Up for Men classes, coffee mornings and a Christmas Party.

New Engagements (from a President to a Prince)

Last summer we had the honoured of meeting President Michael D. Higgins at a garden party in Aras an Uachtarain. This followed a quick word with An Taoiseach, Leo Varadkar at Dublin Castle later in the summer and an invite to a reception with the Prince of Wales at Cork City Hall. We were also trilled to welcome Minister David Stanton and Senators Jerry Buttimer and Colette Kelleher to the launch of the Winter Wellness Programme in October. To top it all off in February we met with the Lord Mayor, Mick Finn, who kindly featured in our new promotional video.

One of the biggest changes has been to our space. Thanks to the wonderful artistic direction and unparalleled work ethic of Konrad Im the Gay Project Community Centre has been transformed into a fresh new space. The Centre is now set up in a café style, with storage spaces for groups, a library, a shop and kitchen facilities. The walls have been painted, new furniture has been bought and work is underway to create a garden space.

In the last year we have grown from 1 to three staff. Last August Michael O’Donnell joined us part-time to work on Communications, Campaigns and Community Development. He has recently become full-time adding volunteer coordination to his role and he also provides a range of training and workshops. Last month Mark Holland joined us a new part-time staff member. He is the Community Liaison – welcoming people to the community centre, supporting some of the groups and reaching out to the community in a variety of ways.

Since Christmas, we have recruited 12 new volunteers to our team. These volunteers are involved in virtually every aspect of service delivery in our organisation. Some examples of the volunteers include Mark O Brien, the volunteer librarian who manages the Out-Lit Bookclub which meets in the city library on a monthly basis. Another addition includes the tireless Anthony Morey who carries out the role of maintenance and general repairs in addition to painting, gardening, cleaning and helping out generally. Further examples of one of the new volunteer roles includes Adam Lacey who volunteers in the area of communications and design and has never failed to produce beautiful designs/logos when we needed them. Yet more examples is Ashish the photographer who has taken photos for a variety of purposes and is always willing to help out. Finally, Kevin who volunteers his time in the areas of mental health and wellbeing and the maintenance of the drama club and development of the drama club. Without the dedicated work of these volunteers and others, we could not deliver the same high-quality service that we do.

Some of you may have noticed that we changed our name and logo. In the past, the organisation has been called many things – most often the Cork Gay Project. For official purposes, it is called the Cork Gay Community Development Project Company Limited by Guarantee (a mouthful to say the least). To many community members, it was known as the Gay Men’s Health Project. For others, it was known by personalities – the place where Dave Roche worked or the place where Arthur Leahy was gone to (hence the name the Other Place). For the time ahead we have chosen the simple name the Gay Project. The new name and brand we hope will signal that our doors are open to all regardless of where they are from– we are delighted to have people travelling each week from Waterford, Tipperary and Clare to attend our events. We have also added a tag line ‘gay, bi, queer, MSM, and trans’ to say out loud that we support a diversity of sexualities and gender identities.

We have opened our self to new ideas and ways of working. We have tried to reach people where they are with new ads on Grindr and better use of social media- with over 1,000 new Facebook likes in 12 months. Our work and actions have been led by feedback from the community – from notes stuck in the suggestion box, chats over coffee, and more formal submissions. This summer we will put a formal strategic plan for the next three years so we continue to build a thriving organisation for our diverse community.

We have also collated some of these ideas into a policy proposal Making Cork the Best Place to be LGBT that we launched in advance of the local elections. These included big ideas like a dedicated HSE Gay Men’s Health Service and more novel ones like a rainbow crossing.

Recognising the value of community partnerships and shared knowledge, we endeavoured to develop new allies and networks to raise broader awareness of LGBT+ issues across the statutory and community sectors. To this end, we have developed new partnerships in areas such as sexual health by being a founding member of the Cork Sexual Health Network. The Sexual Health Network is aimed at raising awareness of the sexual health services across the region. In addition, we have also signed a new agreement with the Sexual Health Centre to provide free monthly free Rapid HIV Testing in our centre and have worked on innovative ways to promote the testing including the use of ads kindly supported by Grindr. We have provided the first-ever LGBT representative to the Local Drug and Alcohol Taskforce and we have participated in other networks such as the Learning Neighbourhoods. Finally, we have worked to strengthen the bonds from the pre-existing networks such as LGBT Ireland, ILGA Europe, CESCA and others.

Despite all this change, our core purpose remains the same. We exist to support gay, bi, trans and queer men. To celebrate gender and sexual diversity and to campaign for LGBTQ+ human rights and policy protections. Like those who have run the organisation before us, we want to create a situation where everyone from our community can participate fully in Ireland’s economic, social, cultural, political and artistic life. To put it more simply we want to ensure everyone is enabled to live their best life – whatever that might be.