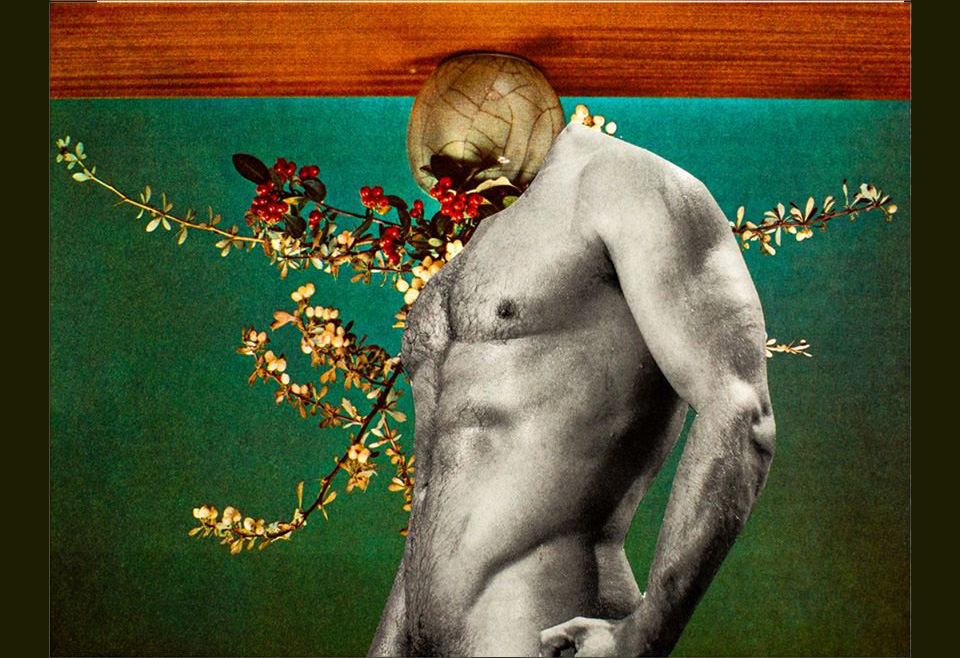 I Kissed a Boy and I Liked It

I Kissed A Boy And I liked it is an ongoing project by Cork-based multimedia artist Silvio Severino exploring masculinity via collage of found images in both analogue and digital media. The spectrum of male iconography is examined—from machismo stereotypes to homoerotic expression—refracted through a range of realist, surrealist and abstract visions.

Silvio is particularly interested in exploring how maleness is represented in contemporary media. Using images torn from print media—including sources ranging from books to male magazines—Silvio deconstructs and re-assembles representations of the male body. Detaching visual gestures from the original images provides a platform for interrogating the intentions of both the original creator of the image and it’s intended viewers. Current widespread social criticism of masculinity—in it’s toxic and destructive forms—provides a rich milieu for Silvio&#39;s intense reflections on these topics via a queer gaze, as gay man born and raised in conservative, hyper-macho Brazilian society.

Pop culture is a frequent reference and starting point throughout Silvio’s work.

Thus, the exhibition title, I Kissed a boy and I liked it, derives from the lyric and video of the single, “Samaritans,” by Bristol-based punk band Idles—a song also reflecting on men’s masks of masculinity.

Silvio is delighted to have the opportunity to show this exhibition at The Gay Project in Cork, opening reception 2rd April, 6.30 pm.

Silvio Severino is a contemporary photographer, collage, and gif artist. He works in both analogue and digital formats, which puts him in a unique creative position, whereby he can cross and recross the traditional and the contemporary.

Silvio is searching for new values, new visual languages that will allow him to incorporate photography, collage, and animation in new formats.

With Silvio and his work, photography often becomes collage, with collage often becoming animated gif. It is an exciting new frontier in contemporary art for which this artist is at the forefront.

This is an artist that understands the technology of gifs, glitches, and loops, the bedrock of contemporary gif animation and video art. He finds himself in an enviable position whereby he can use these technologies to expand his work.

Silvio is interested in exploring a range of contemporary issues through both collage and gif animation.

From nature and the urban to consumerism and the idealization of beauty and sexuality, from art versus capitalism, to the banality of publicity and celebrity.

Silvio was born and raised in Brazil but has spent the last twenty years in Europe, he now lives in Cork, Ireland